What languages are you learning in eTwinning? 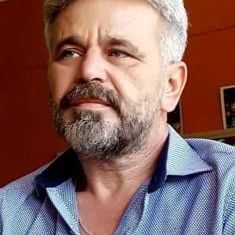 eTwinning is very much a multinational and multilingual initiative: having the portal in 24 languages is already a good indication of the importance we give to multilingualism. However, some might say that the lingua franca of eTwinning is nevertheless English, and unless you master this language you may not be able to contribute actively to the variety of opportunities offered by eTwinning.

In order to check the truth of these assumptions, we recently asked eTwinners some questions about the languages they use and learn. The poll ran on the eTwinning Desktop for a couple of weeks, and we received more than 1,600 answers from teachers involved in projects.

The results (see Graph 1) confirm that English is indeed the most used language (60%), followed by French (9%), German (8%), Spanish (5%) and Italian (4%). It is important to notice that 40% of projects do not use English as communication language, and that virtually all European languages are represented.

Looking at the data by country, we found that although English is the strongest communication language in Turkey and Poland, French is more likely to be used in Italyand Spain.

These results show that languages other than English are even more likely to be used in the case of language projects (only 51% learning English, as against 60% communicating in English). This is all the more striking if we take into account that the first foreign language taught is English in over 90% of the countries involved. If teachers indicate that other languages than English are learnt in such a high number, this suggests that teachers of these languages draw on the support of eTwinning much more often than their colleagues teaching English!

Overall, what are the communication languages in eTwinning?

Let us now compare the poll results with the data registered for all projects in eTwinning.

First of all, the data related to the languages used in projects roughly confirm the data of the poll (English in 55% of projects, French in 12%, German in 8% and Spanish in 6%).
When proposing a project, teachers are asked to select the most relevant communication language or languages. Here English has a striking dominance: 82% of all users indicate English, followed by French with 22%, German with 16% and Spanish with 13% (see Graph 3). When searching for a partner, users show a clear preference for English as a communication language in order to receive the most possible responses.
In terms of tools offered, all languages have equal attention in eTwinning
The eTwinning Desktop offers an interactive space on various subjects in the so-called Teachers’ Rooms. Out of the nearly 400 Rooms created during this school year, the main communication language remains English (see Graph 4) with almost 70%. But all languages are represented, showing that quite a few Rooms aim at specific language groups (also in this case, several languages can be chosen when creating a Room). Examples of Rooms in other languages: the German-speaking “Deutsch & Co. Neue Technologien im DaF Unterricht”; the French speaking “Les langues romanes”, or the Italian speaking “Italiano come lingua straniera”.
onclusions
Together, the data from the poll and the data from the database show a very dynamic linguistic situation. English clearly remains the first language for communication in projects. However, one project in two which aims at language learning focuses on a language other than English. This suggests that teachers rely heavily on eTwinning for practising a language which is either the second language learnt at school or one that is only used in the context of the eTwinning project. A usage that can only be encouraged even more!